Now after John was arrested, Jesus came into Galilee, proclaiming the gospel of God, and saying, “The time is fulfilled, and the kingdom of God is at hand; repent and believe in the gospel.”
Have you ever stopped and thought about what the phrase “the kingdom of God is at hand” means? To be honest, I haven’t until now. But I invite you to pause here for a second and contemplate those words… It wasn’t until Jesus came that the Kingdom of God was open to anybody- Prior to Jesus’ death and resurrection, in order to be part of the Kingdom, you had to follow strict rules that God had given to His chosen people to set them apart from the rest. But once Jesus came, the Kingdom of God was available (“at hand”) for anyone who chose to believe in the Gospel and repent of their sins! What good news is that?! We no longer have to sacrifice lambs to take the blame for our sins, because Jesus was the ultimate Lamb, and he took the sins of everyone everywhere, at any point in time! And all we have to do to receive His grace is to repent and believe, because the kingdom of God is still at hand today! 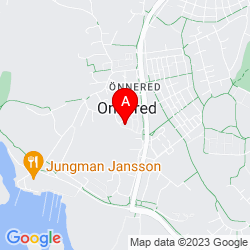 We are a non-denominational church based in Göteborg, near Fiskebäck in Västra Frölunda. We welcome all people from all countries and are united in Worshipping Jesus Christ.

Please see information in the tabs at the top of the page.

Since time and location are subject to change, please contact us before attending a group for the first time.

At Fishers Creek we practice worship in many ways, and worshipping God with our money is another way. We believe that all things belong to God, and that we are just stewards of these things.

We have a collection during worship every Sunday, but if you would like to give via Bank-Giro or Swish, these are the details.